Why Kashmiri Mongra is the best saffron in the world

Saffron, the spice beloved by ancient nobles and royals is expensive for a reason. It has a distinct flavor when cooked and offers plenty of health benefits. But these aren’t the only reason why Saffron has always been so highly-priced — to make 1 pound of saffron, you will need 225,000 stigmas. That means you need to remove the stigma by hand from 75,000 flowers.

In this article, we will learn about Saffron and its different types. We’ll also check out how these types differ from one another.

Saffron is a spice from a flowering plant called the Crocus sativus Linnaeus, which is a member of the Iris family. It has a purple color that grows up to 30 cm. Some saffron flowers even have a pinkish hue to them. The Saffron spice comes from its stigmas.

The Saffron plant has 3 parts that need to be separated during harvest. First, there are flower petals that can be used as decoration or as an ingredient in cosmetics.

Next, there’s the stamen, the yellow-colored strands. It doesn’t have much use in cooking and is usually discarded. However, low-grade saffron spices often add this to the red-colored stigmas to add more weight to their product.

The third and most important of all is the red stigmas, which is what the spice is made of.

How is Saffron Harvested

The Saffron plant blooms during fall and lasts up to three weeks. It’s harvested before sunrise to midmorning on a sunny day. The flowers need to be dry before picking to ensure that the stigmas are in their best condition.

Now comes the most labor intensive part: separating the stigmas from the flower. The red stigmas need to be carefully plucked by hand. This is really what makes the spice so expensive. The stigma consists of just three strands per flower, so harvesters need to pick them out by hand from thousands of flowers. Plus, they have to do it before the flower withers.

Once harvested, the red stigmas are dried and they turn into a lovely golden-red hue. It’s then packaged and brought to stores for use.

What Are the Different Types of Saffron?

The different types of Saffron are classified by the country where they are grown and harvested. While the benefits are more or less the same, they still have some differences. Although more countries have been growing Saffron plants, there are 5 main producers in the world. These 5 main types of Saffron are Persian (Iran), Kashmiri (India), Spanish, Greek, and Italian.

In India, several accounts describe how Saffron arrived in their region. One of the most popular legends is that 2 foreigners fell ill in Kashmir. When the chieftain helped them get well, they offered Saffron crocus bulbs as their thanks for the kind gesture.

While there are many disputes as to how and when Saffron harvesting started in the region, the benefits that come from this plant are widely praised.

Kashmiri Saffron is one of the most known types of saffron in the world. Because of the climate and soil in Kashmiri, this type of Saffron has the longest stigmas. Kashmiri Saffron also has thicker heads when compared to the other types.

Although the Kashmiri Saffron is red, it is leaning more toward a deep maroon hue with a purplish tint, making it the darkest among the other Saffron types.

Kashmiri Mongra Saffron is considered the most expensive saffron because of its superior quality. The stigma is longer compared to other types and it is most sought after because of its bold flavor and its rich and deep red hue. It packs an aroma that brings warmth but balances it with just a hinge of bitterness.

All the other parts of this Saffron such as the yellow and white are completely removed, yet it does not have any crumbs. It is also one of the types of Saffron that comes with a strong fragrance. Furthermore, it is very versatile and provides a lot of health benefits.

Lacha is similar to Mongra and the only difference is that the Mongra type is purely red while the Lacha has some yellow parts. The yellow parts come from its tail. It also contains crumbs, which some may call Saffron dust. Many consider Lacha as the lesser quality Kashmiri. While it isn’t as highly sought after as Mongra, it’s still a great ingredient to be used for adding color and flavor to different dishes.

In Iran, prehistoric paints found in caves have been shown to contain Saffron for their pigments. Ancient Persians also interwove Saffron into their funeral shrouds and royal carpets. It was also used as a popular colorant, medicine, and even perfume.

Apart from that, Saffron was mixed with sandalwood and the Persians used the mixture in their baths to remove grime and sweat. Persian Saffron, also known as Iranian Saffron has threads that are crimson-colored with a slight tinge of orange-red on its tips. It has a strong aroma with no yellow strands mixed in. It’s dry and brittle when touched.

Persian Saffron is available in five kinds, each classifying its flower variant and quality.

Also known as “top of the flower”, this Persian Saffron is considered the highest grade of Saffron from Iran. Here, the root is separated from the stem, so only the red parts of the stigma are included. However, because of this process, its stigma is short compared to other types and it comes along with crumbs.

Pushal Saffron contains the white part and the red part of the stem. This type of Saffron undergoes a different drying process. As a result, the Saffron strands tend to twist out into three branches and coil to the inside. They also look more voluminous than other types. Plus, the added stigma that isn’t red adds weight, making it cheaper.

Dasteh Saffron is also known as Dokhtar Pich or Bunch Saffron. The latter is much more common. Dasteh contains the whole bunch, meaning it has all the parts of the stigma — the red, white, yellow, and orange parts.

When used as a colorant, it is not as effective as other Saffron types with only the red stigma. While its quality isn’t as good as purely red saffron types, some customers prefer buying the whole bunch.

Negin Saffron contains long threads. To increase the weight, it contains yellow parts. It looks similar to Super Negin, another type of Saffron.

Another expensive type of Saffron, the Super Negin has long threads. The yellow parts have been removed from the stigma. Besides, it doesn’t have many crumbs compared to Sargol Saffron.

It is believed that Saffron was first introduced in Spain by the Moors. There are also believes that it became popular when the Black Death came during the fourteenth century. During this time, it was greatly used because of its medicinal properties.

Spanish Saffron is often imported Saffron that has been mixed with lower-grade Spanish and Portuguese Saffron, also called safflower or assafroa. After reprocessing, it is then packaged and sold as La Mancha.

Spanish Saffron is often used as a food colorant and it is also a good substitute if you’re on a budget. However, it’s still not on par with the taste and quality of higher-grade types like the Kashmiri Mongra Saffron.

While Spanish Saffron is commonly associated with lower-grade Saffrons, it has two types — La Mancha and Coupe, which can contend with other world-class Saffron. Overall, there are 4 Spanish Saffron types as we will see below.

Most of Spain’s Saffron is imported and reprocessed. Nonetheless, there is a small percentage of Saffron farmers and harvesters in the region that produce high-quality Saffron like the Spanish Coupe.

Much like the Persian Sargol Saffrons, the Spanish Coupe Saffron only has red stigmas. The other colored parts have been removed, making it a good contender against other well-known Saffron exporting countries. The only problem is that finding Spanish Coupe Saffron can be more difficult compared to other types.

Many call Spanish Rio Saffron the standard Saffron. This is the type of Saffron that you are most likely to find in groceries. While its quality is not as high as other types, it can be used as a cheaper alternative to Coupe and La Manch. However, it can’t contend against Kashmiri Mongra type when it comes to giving a bold flavor.

La Mancha is a type of Spanish Saffron that has a different process from the rest. Instead of the usual drying process, La Mancha is dried through toasting, giving its signature smoky flavor. It’s also one of the most expensive Saffron types because it grows in a small region in Spain. What’s more, it has a P.D.O., an award for outstanding products that have close ties with its area of origin.

Spanish Sierra Saffron has the lowest grade, making it the most affordable Saffron type in the market. It has a lot of yellow and orange parts mixed in it, making it less effective in bringing the flavor. It also doesn’t have many benefits because of its mix. If a recipe calls for higher-grade Saffron, you may need to add a bit more when you’re using this type. 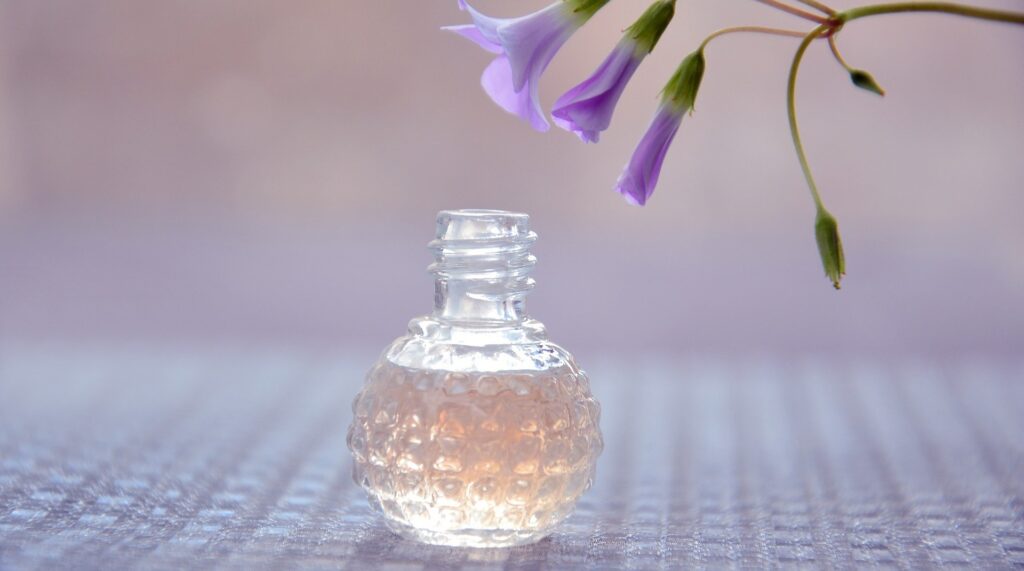 In ancient Greece, Saffron was sought after not only for its medicinal properties but also for its fragrance. It was used before as a deodorizer or perfume and it was often sprinkled around public areas like amphitheaters, royal halls, and even in courts.

Like the La Mancha of the Spanish Saffron type, Greek Saffron, which is also known as Krokos Kozanis, was P.D.O. certified by Northern Greece’s Kozani Cooperative.

Greek saffron has only one type, the Red Saffron. It is generally earthier and a bit bitterer than other types of saffron. Nonetheless, the honey notes are far more intense, and this is the unique selling point of this type. It also only has the red parts of the stigma, making it one of the highest-grade Saffron in the world.

In Italy, Saffron was used not only for its flavor and medicinal advantages but also as a lavish sign of wealth. Some sources say that when Emperor Nero entered Rome, he had Saffron scattered along the streets.

Other Romans who were wealthy also included it in their baths. Some even used it as mascara, added it to their wines, and used it when they offered food to their gods.

In Italy, Saffron is referred to as red gold. Some also know it as Aquila Saffron. Compared to other types, it has higher crocin content along with its strong aroma and intense red color.

The Italian Saffron type also has the red parts of the stigma only, making it one of the highest grade Saffrons in the market. Cultivated in the Abruzzo region, this type of Saffron is P.D.O. certified.

Final Verdict: Which is the Best Saffron Type?

With so many types of Saffrons, choosing the best one for you can be difficult. While the best type of Saffron will depend on your preference, the best contender, in terms of quality and aroma is the Kashmiri Mongra Saffron.

The Kashmiri Mongra Saffron is a high-quality Saffron that has guaranteed health benefits. This type of Saffron has the highest quality since it has only the red parts of the stigma. There’s nothing added to it to make the weight heavier.

It has the darkest color among the different types of Saffron. This means that you only need a few strands and you will be able to make a strong color on your food or drink. Because of the soil and climatic conditions in Kashmiri, this type of Saffron grows longer and thicker. And since Kashmiri Mongra Saffron is ‘healthier’, it’s more packed with nutrients.

Apart from that, its fragrance is incomparable to the other variants. Its flavor and aroma are much more pronounced than the rest